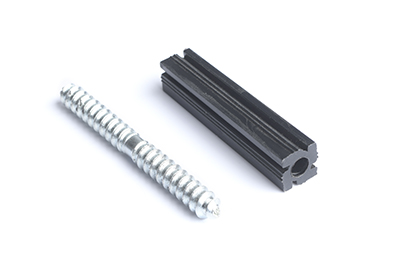 “A popular practice these days is to remove some (or all) of the old balusters on a stair system to gain a new look in the home,” says Craig Kurtz, president of L.J. Smith Stair Systems. “Oftentimes homeowners change from older-style wooden balusters to newer iron balusters. This gives the entire stairway an upgraded appearance.”

According to Kurtz, this kit can be used for both open treads and level runs on a stairway. There are no adhesives or shoes involved. Simply slide the plastic insert into the bottom of the hollow trimmed iron baluster. Then, the dowel screw is installed into the tread. The plastic insert and baluster are then screwed onto the tread surface, creating a tight bond. 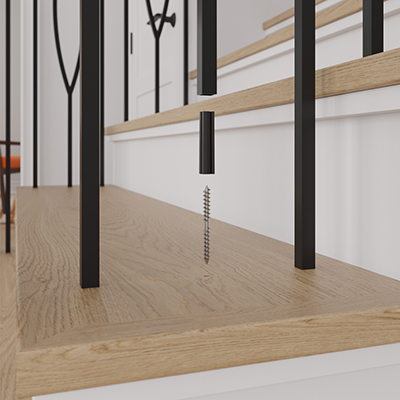 “Whether you’re replacing balusters on an existing stairway or building a new system, this kit makes the task go smoothly,” says Kurtz. “With just the square baluster coming in contact with the tread surface you’re creating a much cleaner appearance for the overall stairway.” 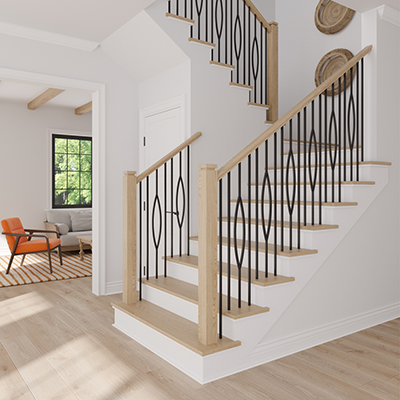 Kurtz emphasizes that requests for iron balusters, combined with wooden handrails and treads, continue as a strong trend in the industry.

“Mixing metals and woods is a popular design element throughout the entire home,” says Kurtz. “Think about wood beams with metal straps on a ceiling or stylish wooden kitchen cabinetry with metal hardware accents.

“The new Concealed Iron Baluster Installation Kit makes it possible for anyone to add sleekness and style to the stairway as a way to complement the other interior design elements of the home.”